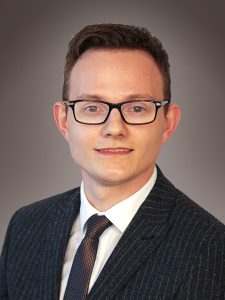 Gaby Hardwicke Associate Solicitor Joshua Fairweather has recently succeeded in an application to the Chancery Division of the High Court to have an executor removed. The short answer to the question ‘Can an executor of an estate be removed?’ then, is yes, an executor can be removed from office. But how?

First, it is important to distinguish between executors and administrators. Executors are appointed by a Will when a person dies, whereas administrators are the people entitled to administer the estate of those who have died intestate (i.e. without a Will):

The formal legal grounds for removing executors are complex and each case turns on its own facts, but the courts are clear that:

The courts are reluctant to set aside a testator’s choice of executor lightly, and so the threshold for removal is generally quite high, but applications to remove executors are increasingly common, and particularly so where people who are not legally trained decide to administer estates themselves without legal advice.

An application to remove an executor is made by issuing court proceedings. Executors can agree to step down voluntarily, but if they have “intermeddled” (i.e. already taken certain steps to deal with the estate) or a Grant of Probate has been issued in their name then a court order will normally be required to remove them. Such proceedings can be expensive, but often the stakes are high as leaving a rogue executor in place can lead to significant losses for the estate. It is best to act fast if you are considering applying to remove an executor as witness evidence must be served with the claim and the proceedings tend to move quickly. This is because such applications are made using a more streamlined procedure than many other Contentious Probate applications. In some cases the courts will hear the matter on written evidence alone, meaning witnesses will not even need to attend court, but this cannot be assumed.

So, what happens if an executor is removed?

In a recent High Court case conducted by Joshua Fairweather the court ordered the immediate removal of the executor following a hearing, directing them to hand over all documents to the replacement (professional) executor along with the keys to the estate property, and requiring them to provide a full inventory and account of the estate and transfer the estate funds to the replacement within a very short time period. Such applications are therefore extremely powerful and an executor refusing to comply with such an order will be in contempt of court and face a possible prison sentence.

It is important to note that proceedings to remove an executor should not be instigated lightly, and the courts will expect the parties to have made all reasonable efforts to settle the matter out of court first. For that reason we always recommend that specialist advice is obtained to ensure the appropriate steps are taken and the legal requirements are met.

At Gaby Hardwicke we have an experienced team of lawyers dealing with executor removals and other Contentious Probate matters and we will be pleased to assist you.

Contact
Previous ArticleCoronavirus and the Law: Landlords, Tenants and Business: Where are we now?Next ArticleNew Divorce Law Update