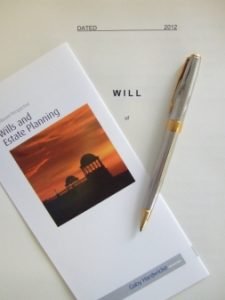 A worrying proportion of people do not have a Will and many others admit to blunders in their Will that would mean their estate is not distributed in the way they would like, research by Macmillan Cancer Support has shown.

The study revealed that nearly two in three UK residents surveyed did not have a Will – and 42 percent of them were aged 55 or over. Of those who had a Will, a high number of respondents admitted there were serious issues because their Will was out of date. One in five Wills still included an ex-partner or someone else the respondent planned to remove or did not include their children or grandchildren. Ten per cent of people said they planned to update their Will to include children and grandchildren but had not got around to it.

In addition, the study showed that eight per cent of people with Wills (which represents around 1.5 million people in the UK) did not realise they had voided their Will by getting married. Many people are unaware that marriage or entering a civil partnership automatically revokes an existing Will.

Previous Macmillan research has shown the leading reason for not having a Will is ‘just never got round to it’ (41 per cent of respondents).

What will happen if I die without a Will?

If you die without a valid Will in place, your assets will be distributed according to the rules of intestacy, which means the individuals who receive your estate may not be the people you would have chosen yourself had you written a Will. The rules of intestacy were introduced in 1925 and, despite subsequent revision, they do not fully cater for modern relationships. For example, partners outside of marriage or civil partnership and step children still have no automatic inheritance right.

To ensure your family and other loved ones are accounted for it’s vital that you make a Will and update it whenever your circumstances change.

Gaby Hardwicke’s experienced solicitors will make sure your Will is detailed, accurate and considers every aspect of your estate. They can also maximise any inheritance tax-saving opportunities. For expert advice on making or updating your Will, please contact one of our specialist partners: