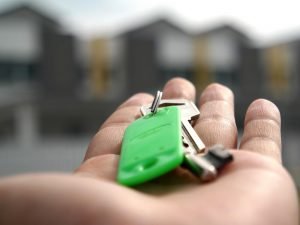 Landlords of Houses in Multiple Occupation (HMOs) have until 1 October 2018 to ensure they comply with new regulations.

The Licensing of Houses in Multiple Occupation (Prescribed Description) (England) Order 2018 will extend the scope of section 55(2)(a) of the Housing Act 2004. Currently, only HMOs of three or more stories occupied by five or more people from two or more separate households require a licence. However, this is changing to remove the requirement for the HMO to comprise three or more stories.

In short, under the new legislation, landlords who let HMO properties in England with five or more occupants from two or more separate households will need to obtain a licence from their local housing authority.

There is one exception to this, that is, if the property is a purpose-built block of flats comprising three or more self-contained units.

In addition, a new minimum size stipulation for bedrooms in HMOs that fall within the scope of the licensing will require:

As part of the regulations, all licences issued after 1 October 2018 will also need to include a condition requiring compliance with the council’s storage and waste disposal scheme (if one exists).

These changes to the HMO legislation are being introduced in recognition of the unique nature of HMOs and as a result of the government’s drive to protect tenants from having to deal with substandard living conditions imposed by unscrupulous landlords, who are willing to exploit the need for accommodation for maximum profit without due regard to overcrowding, and the health and safety of occupiers and the local communities.

For expert legal advice on HMO licensing and other landlord and tenant matters, please contact one of our specialists: