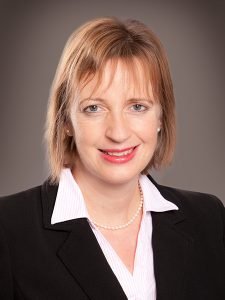 Gaby Hardwicke partner Iona Smith welcomes a more realistic approach by the government on the returns victims of personal injury are expected to achieve on investments.

Unveiled in July, there have been changes to how personal injury compensation will be calculated, which came into effect from August 2019.

The Discount Rate is the method used by the courts in England and Wales to calculate the amount of compensation to be awarded for future losses in claims for personal injury. It is a figure linked to the returns achievable through the lowest risk investments, known as Index Linked Government Securities.

In 2001 when interest rates were higher the Government decided that an appropriate figure to use for this purpose was 2.5%, the assumption being that if an injured person invested their compensation in the lowest risk investments their capital would achieve at least 2.5% growth per annum. With interest rates falling in recent years this figure attracted significant criticism as it was felt that Claimants were under compensated and should not be compelled to invest their compensation in high risk investments in an attempt to secure a greater return for their future security. The Association of Personal Injury Lawyers considered that the old 2.5% figure penalised Claimants by “assuming a far greater return than Claimants were able to achieve, so they were in grave danger of running out of money.” In other words, Claimants were clearly at risk of running out of money in the years after their claim was settled for a lump sum; a particularly serious situation for those who had sustained catastrophic injures and needed their compensation to pay for life long care.

The Government recently agreed to review the situation and during the consultation period that followed input was received from organisations representing Claimant lawyers, insurers, investment advisers and public bodies which resulted in The Civil Liability Act.  An interim rate of -0.75% was set in 2017 to acknowledge the disparity between the previous figure of 2.5% and the reality of investment returns.

The Civil Liability Act eventually became law last year. This commits the Government to reviewing the discount rate at least every three years. The Lord Chancellor at the time, David Gauke, made a statement in March 2018 to say the discount rate would be reviewed in 2019 and it was recently announced that the new interest rate to be applied to all cases settling after 5th August 2019 is -0.25%. He said ‘It is vital victims of life-changing injuries receive the correct compensation – I am certain this is the most balanced and fair approach following an extensive consultation”.

Our personal injury team at Gaby Hardwicke are committed to achieving the maximum possible settlement figures for our clients. We welcome the Government’s decision to adjust the interest rate to ensure that injured people receive the compensation they deserve to meet their future needs.