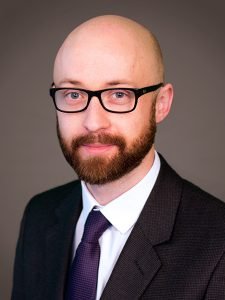 In July the Law Commission published recommendations for the reform of what is known as “commonhold” ownership in England and Wales, as part of larger potential reforms to the manner in which flats are owned in the future. But what is it all about?

Commonhold is an ownership structure in which flat owners can own the freehold to their property, akin to how it currently works in much of Europe. It is ultimately a means of enabling flats (and other interdependent units) to be owned on a freehold basis instead of leasehold.

The issue with flats (or other interdependent units) has always been that there needs to be a mechanism in place to maintain and repair common parts and for flat or unit owners to enforce positive covenants against other owners.

Commonhold attempts to put in place a scheme for ownership and management of the common parts of the building that deals with this issue. It does so by creating companies called “Commonhold Associations” of which the owners of the individual freehold units (i.e. the flats and other interdependent units) are a part.

Why does the Law Commission believe it can be better than leasehold?

One immediate benefit of being a commonhold unit owner is that there is no lease and hence no issues surrounding the lease term (i.e. the number of years remaining on the lease) or forfeiture. It therefore provides more security for flat and unit owners. The owners also have a greater degree of control over proposed expenditure than leaseholders, who have more limited consultation rights.

Yes, it does. It is not a new concept. It was introduced in 2002, but it has never taken off in England and Wales, in part because the law surrounding it has never really been fit for purpose, but also because there is no real incentive for developers to steer away from existing leasehold arrangements. At the moment, it just doesn’t work.

However, with increasing concern around rising ground rents, leasehold houses and consent fees charged by freeholders, the spotlight is firmly on leasehold ownership and so the Law Commission is looking at alternatives.

What does the report recommend?

The report acknowledges that the current law governing commonhold is not appropriate for modern, complex developments and has made well over 100 proposals which it claims will resolve the issues with the existing regime. The Law Commission web site has a full copy of the report and a helpful summary.

In short, these numerous recommendations are designed to make commonhold a workable alternative both for existing and new homes. They even question whether commonhold ownership should be incentivised and potentially compelled in the future.

Will the recommendations be implemented?

The report from the Law Commission makes it clear that, in legal terms, they believe that commonhold is preferable to leasehold as a mechanism to deliver home ownership. They believe that it deals with the limitations of leasehold and could represent a viable way to regulate groups of interdependent properties in the future if the existing regime is reformed. But whether the recommendations will be implemented or not is another question entirely. The recommendations are numerous and whether they are given time for consideration in Parliament remains to be seen.

Contact
Previous ArticleWho are my heirs?Next ArticleChanging gender: the impact on marriage