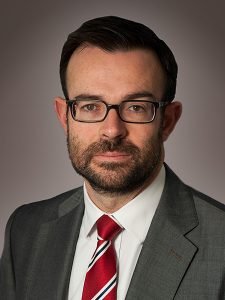 A recent High Court decision (Lifestyle Equities v Santa Monica Polo Club Ltd & Ors) has highlighted how all company directors can be found to be personally liable, along with their company, for certain acts.

In this case, it was established that the defendant company had infringed UK and EU trademarks and that its use of certain logos amounted to passing off.  A second trial considered whether the directors of the company were also liable for the acts of infringement and, if so, what financial remedies should be awarded against them.

Although a separate person, a director can be personally liable for the same acts as a company where those acts are torts (civil rather than criminal wrongs which cause harm, and which are not breaches of contract).

One way this can happen is where a court is satisfied that the director(s) authorised or caused the acts.  Such authorisation has to be clear, but it can be either express or implied. Enablement and encouragement of an act of infringement do not constitute authorisation.

Another way there can be liability is if the director assists with an act of infringement in the sense that he or she has a common design to make it happen (with the defendant company).

There was extensive comment in the judgement as to what financial sanctions should be imposed on the directors. As this was a claim to transfer the profits made by the defendants to the claimant, the judge noted that it was interesting that the claimants did not submit any evidence as to their losses.

How then, should any financial remedy against the directors be quantified?

Existing case law suggested that once a director’s assistance (in the act of infringement) is found to be more than inconsequential, then the court can apportion liability. An account of profits should be considered as against each defendant, in each case being assessed on the profits resulting from that particular defendant’s acts of infringement and the amount of liability being the profit derived by that defendant.

However, the Judge noted that there was contrary authority suggesting that the directors could simply be made liable for the same sums as the company (whether or not they had received any of the profits it made).

The Second Director’s total remuneration amounted to £570,076.00. Applying the same method as the First Director, the judge apportioned 10% of her remuneration and therefore she was required to account for a total of £57,007.60.

The Judge recognised that if his interpretation of the law was incorrect, then the sums they would be required to account to the claimants for would be significantly higher. The lack of accounting data and information regarding profits made any assessment by the Court challenging.