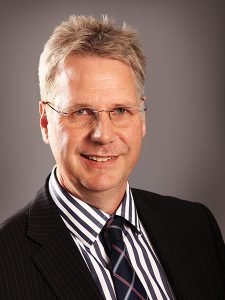 The vexed question of whether to leave anything in your Will to estranged or misbehaving children is considered by Partner David Young in light of a recent development in case law.

The Inheritance (Provision for Family and Defendants) Act 1975 provides a platform from which adult children can sue their parent’s estate if they believe that the financial provision made for them is “unreasonable”.

There was a long line of authorities until relatively recently in which the court appeared to discourage claims from adult non-dependent children but a case decided in 2017, Ilott v Mitson, in which an adult child succeeded in obtaining reasonable financial provision, has encouraged other adult children to sue their parents’ estates in circumstances in which they have been left little or no money.

The latest reported case is Wellesley v Wellesley (2019) in which Lady Tara Wellesley sued her father, Earl Cowley’s estate. Earl Cowley and Lady Tara had been estranged for some 30 years, largely, it seems, because the latter’s lifestyle offended the former’s values of discipline, hard work and self-help. In short it seems Earl Cowley believed his daughter to be a “taker”. Lady Tara made a claim against the estate which in total was worth approximately £1.2million. She had had a difficult upbringing and her income was derived from state benefits. However, and tellingly perhaps, she did manage to live within her means although she indicated that she needed £20,000 per year to fund her art work. The court was unimpressed and awarded her nothing. The most important factor the court took into account was the long estrangement (30 years or so) and that, probably linked to the fact that she lived within her admittedly modest means, persuaded the court not to make any award.

The extent to which the wishes of the testator should be taken into account was examined and it is clear that the deceased’s wishes were of some relevance. Up until the case of Ilott, it was considered that those wishes were of little or no importance but the more recent case supported the argument that the testator’s reasonable views have to be factored into the ultimate outcome. In short, those views do have some traction but are not a trump card overriding all other considerations.

A prudent testator should consider all claims of those who might reasonably expect to benefit from their estate. A side letter might be considered to provide some form of explanation but that in itself will not mean that adult non-dependent children will always fail in such applications. The discretion of the court is wide but any potential claimant needs, first and foremost, to be able to make out an arguable case on the basis of financial need.

The costs of the case exceeded £100,000 and one wonders whether it would have been better all-round if both sides had adopted a more proactive and commercial approach at the outset.

Read what our family law clients say about our service: