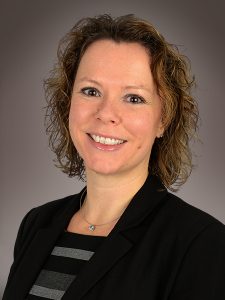 Cara Grant, Private Client Partner, highlights the importance of correctly identifying beneficiaries in a Will following a recent court case.

Peter Wales died in February 2017.  In his Will that he made in 2008 he left his estate to “such all of my nephew’s and niece’s children”.  At the date of his death, Mr Wales had two blood nephews and two blood nieces.  He also had three nephews by marriage and one niece by marriage.  A further nephew by marriage had died in 1992 leaving a son.

The outcome of the case was that the estate was to be divided between the 15 beneficiaries, being the children of the nieces and nephews by blood and the children of the nieces and nephews by marriage.  In reaching his conclusion, the Judge considered previous Wills made by Mr Wales when his wife was alive which included each other’s relatives as beneficiaries.  Other factors taken in to consideration were that Mr Wales and his wife had been married for 46 years, his wife left her entire estate to Mr Wales, the lack of any evidence as to why (only 8 months after his wife’s death) Mr Wales would have wanted to exclude his wife’s family, and the fact that Mr Wales remained in contact with his wife’s family following her death.

It was noted that Mr Wales’s instructions were taken by a Will writer by telephone and the Will was sent out to him in the post to sign on the same day; his intention regarding his estate was apparently not understood by the Will writer.

Had Mr Wales’s Will been correctly drafted, it would have identified precisely who his intended beneficiaries were, by describing them as “the children of my and my wife’s nephews and nieces”, by naming the beneficiaries or by identifying their parents.  This would have avoided the significant cost and delay of court proceedings.