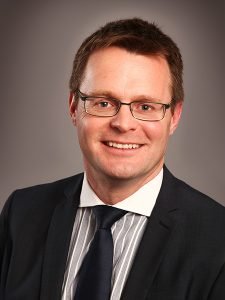 Proposition 65 (officially titled The Safe Drinking Water and Toxic Enforcement Act of 1986) is a piece of Californian legislation which became law in November 1986. However it has recently attracted significant attention in the UK media with the growth in online trading and a number of cases where retailers have fallen foul of the Act. It requires businesses trading with California to provide warnings to the people of California about potential significant exposure to chemicals that cause cancer, birth defects or other reproductive harm.  These chemicals can be in products purchased by Californians, or that are released into the environment. The Act also prohibits companies from knowingly discharging significant amounts of listed chemicals into sources of drinking water, or onto land where the substances can pass into drinking water.

Proposition 65 requires the state of California to publish a list of chemicals known to cause cancer, birth defects or other reproductive harm. This list, which is publicly available to view and must be updated at least once a year by the State, has grown to include approximately 900 chemicals since it was first published in 1987. The list contains a wide range of naturally occurring and synthetic chemicals, additives or ingredients that are present in many common consumer products, including household products, food, drugs, cosmetics and clothes.

To comply with Proposition 65, businesses are required to provide a “clear and reasonable” warning before knowingly and intentionally exposing anyone to any of these listed chemicals,  unless the business can show that the anticipated exposure level will not pose a significant risk of cancer or is significantly below levels observed to cause birth defects or other reproductive harm.

This warning can be given in several ways, such as labelling it on the product itself or its packaging or signage, posting signs at the workplace, or publishing notices in a newspaper. The requirement to provide warnings takes effect one year after a chemical is added to the list.

Below is a typical example of a warning:

If a business trading in or with California fails to display such a warning, they risk being sued for substantial damages by district attorneys, consumer advocacy groups and private citizens. A business found to be in violation of Proposition 65 by failing to provide the proper warning can be subject to civil penalties of up to $2,500 per day for each violation, as well as having to pay the costs and legal fees incurred by the party bringing the claim. The business may also be ordered by a court of law to stop committing the violation. Many American companies have received notices of intention to sue or lawsuits for allegedly not complying with the requirements of Proposition 65, including McDonalds, Disney and Walmart, often resulting in the companies having to change the chemical composition of their products to ensure compliance.

It is essential that companies outside of the USA who export products which may potentially be sold in California are aware of Proposition 65, as they will be bound by its provisions. If a company’s products are being sold in California, the burden is on that company to ensure that they comply with Proposition 65, and lack of knowledge of this law (which is clearly a real possibility for non-US based exporters) will not be a defence to any claims brought against the company for non-compliance. This is still the case if the company exports goods to the USA with no specific intention for them to be sold in California, but the recipient business then goes on to sell them in California; for example, a company based in New York receiving goods from the exporter then sends them to a branch of their company in California for sale.

Proposition 65 has recently attracted significant attention in the UK press after consumers noticed that the terms and conditions of online fashion retailer PrettyLittleThing contains a Proposition 65 warning. After shoppers noticed the statement, warning customers in California there are chemicals in some of their products which could cause cancer, the online high street store had to publicly release a statement to explain the warning was there as it was a legal requirement for all e-commerce sites that sell to the state of California to display such a warning. Similar Proposition 65 warnings can also be found on the websites of other online retailers such as Asos and Fashion Nova.

Since the Act became law, an entire cottage industry has emerged of individuals actively seeking businesses in and outside of the U.S that have unwittingly breached Proposition 65 by not issuing the appropriate warning regarding chemicals in their products, and then bringing lawsuits seeking significant damages. It is therefore vitally important that companies whose products may be sold in California are aware of the requirements of Proposition 65, and seek the appropriate legal advice to ensure their products are compliant.