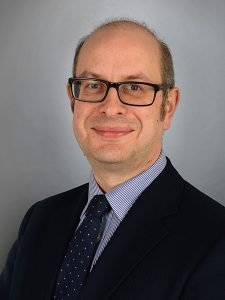 Last month the government decided to extend emergency measures that were introduced at the height of the pandemic and which enable people to have their wills validly witnessed via video-link, rather than in person.

Originally these changes, which I wrote about at the time (https://www.gabyhardwicke.co.uk/news/partner-blog-video-link-wills) were intended to last only until 31 January of this year, but the Ministry of Justice recently renewed the rules allowing the remote witnessing of wills for a further two years. The legislation will now therefore be extended until at least 31 January 2024.

Dominic Raab has described this as ‘a common-sense measure that will give vulnerable people peace of mind that their wills are recognised if they are forced to have them witnessed via video due to isolation’.  But a number of commentators see the extension as a signal that the changes are more likely than not to form part of a permanent change to the way in which wills can be made.

In 2020 generally speaking the legal profession’s response to these adjustments to the basic requirements of will-making was positive, on the basis that the steps were necessary during the coronavirus crisis to ensure that people were still able to get their legal affairs in order whilst operating under significant lockdown and isolation restrictions.

However research has shown that fewer than 15% of solicitors have actually made use of video-link platforms such as Zoom or Facetime to witness wills for clients during the pandemic, and most have made clear that they do not intend to use remote witnessing once the pandemic has passed.

This is because significant concerns remain about remote witnessing and other possible technological solutions increasing the risk of fraud, undue influence and difficulties with the assessment of mental capacity particularly in older and vulnerable clients looking to make their wills.

Taking these increased risks into account the government has at the moment stopped short of permitting electronic signatures as part of the temporary rules, but this and other more fundamental changes to the way wills are made are all due to be considered within the Law Commission’s report on wills reform which is expected to be produced before January 2024.

That report, and the experience of people who are making their wills now using video-link, will inform the government’s decision on whether to make these changes permanent.  It seems highly likely that there will be a major overhaul and modernisation of the rules – which at the moment date back to the 1800s – and the challenge will be how to bring will-making into the 21st century, embracing technology and reflecting the way in which we now live our lives, whilst maintaining the essential safeguards that are needed for this most important legal process.

Until then we continue to recommend that the safest way to ensure that your will is valid is to take professional advice and, unless it is unavoidable, to ensure the document is signed and witnessed in the traditional manner – which is still ‘face to face’!