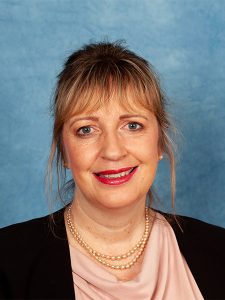 On 29 January 2022, as a result of an increase in cyclist deaths on the road that occurred during lockdown, The Highway Code has been amended so as to improve safety for the more vulnerable road users such as pedestrians, cyclists and horse riders.

Despite the changes to the Highway Code having been in place for over three months, it has been reported that one in five drivers are unaware of the update.

It is highly important that all road users are aware of the changes so as to avoid accidents not only to themselves but others.

What are the Changes to the Highway Code?

10 sections of the Highway Code have been amended in total, with 50 rules having been added or updated. Below, we have summarised the most important five changes to the Code that you should be aware of.

This rule has been introduced as a way of protecting the most vulnerable road users by creating clearer and stronger priorities for them.

The hierarchy is as follows:-

The idea behind the new hierarchy is to place greater responsibility on those who can do the most harm. That said, the hierarchy does not remove the need for all road users to act responsibly.

Before the introduction of the new rules, drivers, cyclists and horse riders would only give way to pedestrians at a junction if the pedestrian was halfway across the road. In addition to this, they would only have to stop at a zebra crossing or parallel crossing when the pedestrian and/or cyclist was already at the crossing.

However, following the changes to the Code earlier this year, it is now the case that all road users must give way to pedestrians who are waiting to cross the road at a junction before they turn.

Although many road users already do this, drivers are now obliged to treat cyclists as though they are another motor vehicle and must not therefore turn in such a way that would cut across a cyclist’s right of way, causing them to stop or swerve.

The Code has also been updated to clarify the position of vehicle users and cyclists on roundabouts and confirms that drivers should give priority to cyclists who are on roundabouts. Drivers must not attempt to overtake a cyclist in their lane and must allow cyclists to move across their path as they travel around the roundabout.

The change in relation to cyclists positioning on the road is to make them more visible, particularly at junctions, permitting them to ride in the centre of the lane.

In addition, when cycling in a group, the updated code explains cyclists can ride in pairs, side by side, and encourages this when riding in big groups or when accompanying those less experienced riders.

Cyclists now have to cycle no less than 0.5 meters from the curb and, when passing parked cars, must leave enough room (at least 1 meter or a door’s width) to avoid being hit if the car door is subsequently opened.

When passing cyclists, drivers must leave at least 1.5 meters when travelling at 30mph. Where vehicle users are driving at speeds in excess of 30mph, more distance should be given.

This rule is the first-time drivers have been given advice in relation to how they should exit their vehicles. The approach advised is often referred to as the Dutch Reach method.

When exiting a vehicle, drivers and passengers are encouraged to open their door with the opposite hand to the door they are opening. The reason for this is to enable them to consider any oncoming traffic or pedestrians using the pavements and therefore less likely to cause any injury to others, as they will have to turn their head over their shoulder when opening the door.

At Gaby Hardwicke we specialise in obtaining recovery compensation for all types of road user which includes pedestrians and cyclists. Please email Partner Iona Smith at iona.smith@gabyhardwicke.co.uk or call her on 01323 435996 if you require our services.