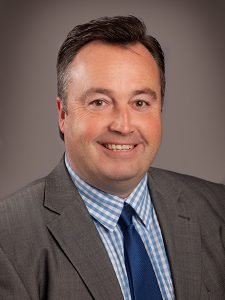 Some industries seem to produce more litigation around the enforcement of post employment restrictive covenants than others.  Much of the case law seems to arise from professions or roles where close client or customer relationships are of fundamental importance such as solicitors, city traders, recruitment, sales and even hairdressing.  The other sector where the enforcement of post termination restrictions (PTRs) is of paramount importance is financial services and in particular the role of the independent financial adviser (IFA).

The long running issue of who “owns” an IFA’s client base features in many of the cases and, to their frequent regret parties do not take time to clarify this fundamental issue in their contracts from the outset of the relationship, leading to hard fought and often expensive High Court litigation.  Recent case law suggests that PTRs may need to be specifically tailored to the relationship in question on an employee by employee basis and updated on a regular basis.  This seldom happens.

In a recent High Court case Ms Falconer was employed by Quilter Private Client Advisers as a financial adviser to take over an existing client book from another adviser. Her contract of employment included restrictions on dealing with or soliciting Quilter’s clients for 12 months after termination, and a nine month non-compete clause. Ms Falconer resigned during her six months’ probationary period and was placed on garden leave for her two weeks’ notice period.

Shortly after her resignation, Ms Falconer started work at a competitor, Continuum, using confidential information about Quilter’s clients. She had also attended a Continuum induction course whilst still working for Quilter and contacted Quilter’s clients without permission whilst she was on garden leave.  Unsurprisingly the High Court upheld Quilter’s claims for breach of contract and breach of confidence.  More surprisingly the court declined to enforce any of the PTRs.

The court held that the 9 month non-compete was not reasonably necessary to protect legitimate business interests for reasons that included:-

The non-dealing and non-solicitation clauses were also held to be unreasonable because the court considered that the 18 month backstop (in terms of defining who is a restricted client) went further than necessary.  Quilter reviewed their clients every six-months and therefore a much shorter backstop – possibly of six months would have sufficed. A longer backstop may catch clients who had long ceased to be Quilter’s clients.

The judge was also critical of the generalised nature of the evidence put forward by Quilter.  It is not enough to simply assert that PTRs are reasonable and (therefore) enforceable.  Detailed evidence as to why types and lengths of covenants have been incorporated must be produced.

The lessons are clear:-