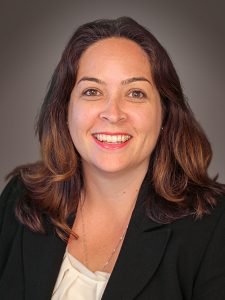 When considering purchasing land for development, the importance of a careful site inspection early on in the purchase process cannot be overstated. Whilst the legal title may provide detail on various constraints affecting the land, a site inspection may reveal other issues that need to be addressed before development works can be successfully undertaken.

The following 10 matters should always be considered when examining land with a view to development. This list is by no means exhaustive and each site will have its own considerations.

Carefully examining the boundaries of the land being purchased and comparing these to the location of the boundaries shown on the Land Registry title plans (or unregistered title deeds) can reveal discrepancies. Do the boundary positions shown on the Land Registry title plan appear to differ to those on the ground? Does fencing for neighbouring properties appear to be newly constructed or out of place? Potentially, neighbouring owners may have (either accidentally or deliberately) ‘eaten  into’ the land, claiming part as their own. Depending on the duration of such enclosure, the neighbouring owner may be able to successfully argue that they have adversely possessed the relevant area and it may not be possible to recover such areas from that neighbouring owner.

Is the land to be purchased overlooked by neighbouring windows? If so, there could be rights of light issues that need to be addressed. Whilst nobody has the right to a view, specific apertures (such as windows, doors, conservatories and greenhouses) can all benefit from the right to a flow of light. In some circumstances where the flow of light is sufficiently affected (for example by building works), a neighbouring owner may have the ability to prevent development from taking place. Engaging a surveyor – and where there appears to be a real risk, a right of light surveyor – will be important in establishing whether the proposed development could be jeopardised by these neighbouring rights.

Pay special attention to any signs of third party use of the land to be purchased. Are there accessways or gates which appear to lead to and from neighbouring properties? Are there worn paths which cross the land and which appear to follow a defined course? If so, there is a danger that neighbouring property owners could have acquired a prescriptive right of access over the land, which could prevent or impede development. Careful legal analysis will be required in order to establish the nature of these rights.

It is not uncommon for undeveloped land which is surrounded by existing housing to be used by local residents, such as for walking dogs, ball games and other recreational activities – even where that land is privately owned. Land which isn’t fenced or fully enclosed is particularly at risk. If there are signs of such use of the land, it will be very important to consider with your solicitor whether there is the potential for the land be designated as common land or as a town and village green – a potential death knell for development.

Whilst overhead cables running across the land being purchased may be very obvious, underground media may not be so obvious. Keep a keen eye out for any manholes, inspection chambers or markers on the ground and any evidence of trenching on the land. This will likely indicate the presence of cabling or pipework and it will be important to understand which properties are served by such media, what rights they have in respect of the same and whether the media passing through the land being purchased can be relocated.

It is important to carefully examine the boundary of the land being purchased where it fronts onto an adopted highway maintainable at public expense. Is it obvious that the boundary of the land immediately abuts the highway, or are there different surface materials between the land being purchased and the highway which might suggest an intervening ownership and the presence of a ransom strip? Without fail, any development site acquisition should involve a highways extent search, but it will be equally important to check the position on the ground to ensure that there is no intervening ownership which could ransom the development.

In the UK, certain species of plant life and animal are protected by legislation – including nesting birds, newts and bats. An early assessment of the likelihood of such species being present on the Property will be important in understanding the likely delays and hurdles to overcome as part of the planning process in bringing the land forward for development.

Carefully check to see whether there any signs of flooding occurring on the land being purchased, such as ponding water or detritus left after a flood has occurred. Are there any known watercourses in the vicinity of the land being purchased, or even on the land itself? Flood risk presents many challenges, not least from a planning perspective, but also in terms of the cost of mitigation works, which could have a significant impact on the viability of the proposed development. If this risk is identified, specialist advice should be taken.

Is the land being purchased known to be contaminated, such as from past uses (e.g. petrol stations)? Keep an eye out for signs of potentially dangerous materials present on the land, such as asbestos (which may be part of any buildings, or merely deposited there), or other contaminants. Great care should be taken to identify any such materials (with the aid of appropriate professional input), as remediation costs can have a significant impact on the viability of development (including the time it will take to bring the land forward for development).

As you can see from the above, there is much to be learned from a careful inspection of any land which is being considered for development. Identifying any such matters early on in the acquisition process is key to ensuring that matters can be appropriately dealt with as part of the contract negotiations – or, in the worst-case scenario, wasted costs can be avoided before the parties get too far into negotiations.

Read what our commercial property clients say about our service: